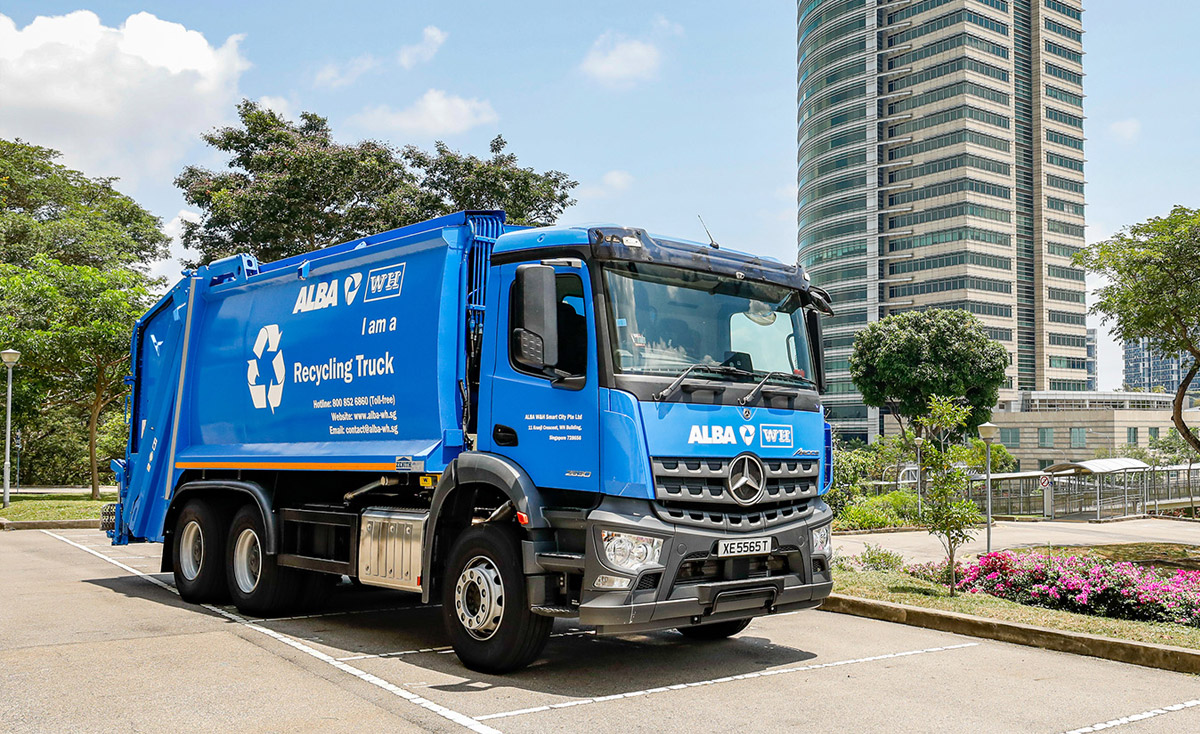 Terberg RosRoca Group’s local representation in Singapore, Zenith, has secured a tender to support Berlin based ALBA Group with its expansion into the Asian market with 20 new Olympus bodies and 1 Olympus TwinPack system. 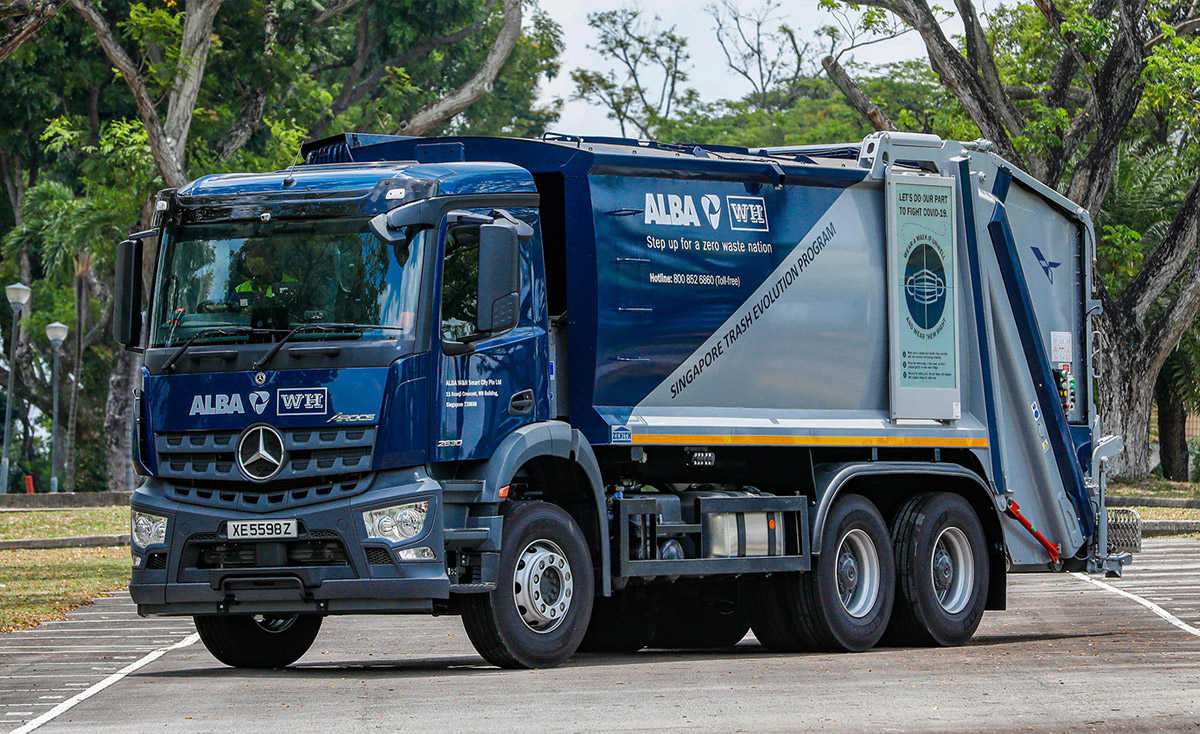 The Olympus equipped trucks will go into operation contributing to the Singapore Trash Evolution Program (STEP), a specially developed waste evolution programme designed by ALBA and Wah & Hua, tailored to the specific situation in Singapore.

The Berlin-based company was awarded the contract by the Republic of Singapore to set up a completely new waste management system. The Jurong urban region with a population of 500,000 is to be served by a digitalised system meeting high environmental standards and providing capacity to collect and treat some 170,000 tonnes of waste a year. Digitalisation of waste management in Singapore counts as one of the most ambitious environmental projects in Asia. 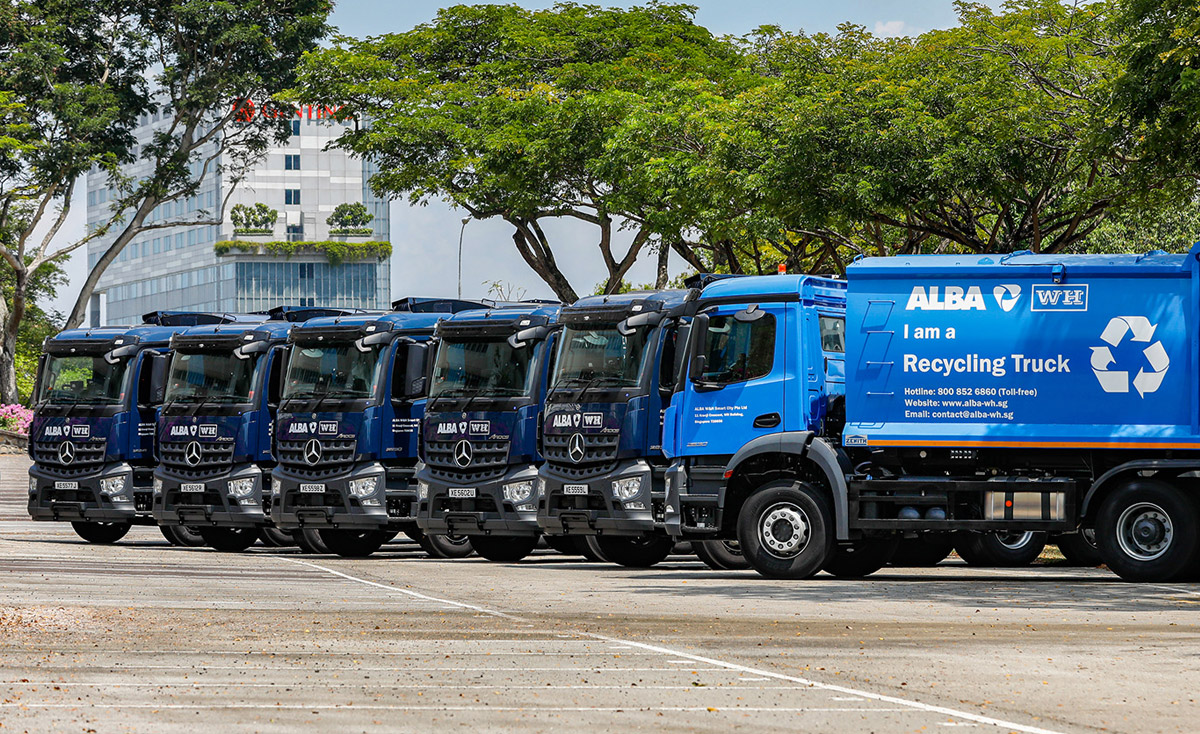 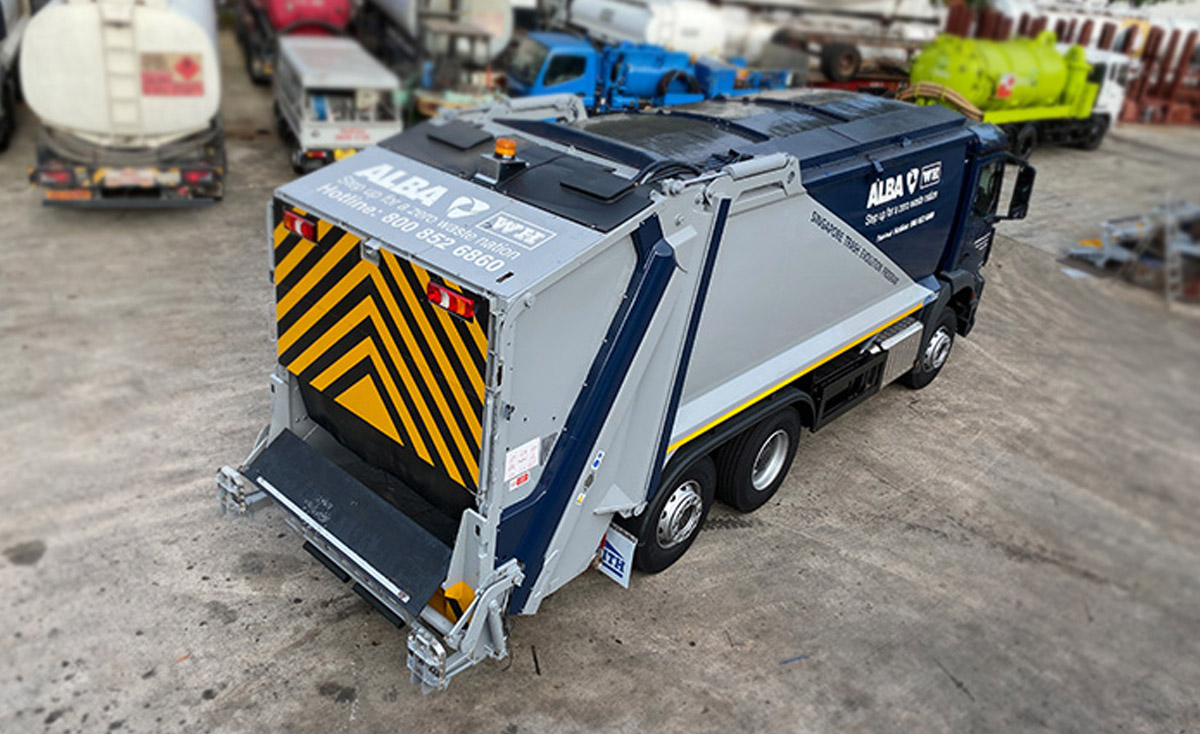 With two separate bodies, tailgates and operational systems, the Olympus Twin Pack means users can collect two different waste streams at the same time, enabling residual waste and recyclables – including mixed recycling, glass, plastics, paper or cardboard – to be collected in one trip, reducing the number of collection rounds. The current household recycling rate in the region is between just 2% and 4%, ALBA provides an app to promote household recycling. By properly separating waste, users collect bonus points that they can redeem with participating retailers or other partners. The app also displays the nearest recycling bins and centres in the area and gives tips on green living.

Although ALBA has worked with TRRG in operations throughout Europe previously, this was their first experience in Singapore. Jakob Graf Lambsdorff, Chief Executive Officer, ALBA W&H Smart City Pte Ltd said regarding future projects: “There are 3 more public waste tenders coming in the next ca 18 months. Our goal is certainly to win one more tender and expand our commercial waste operations. I certainly hope that there will be more orders down the road.”